As Jacksonville celebrated its 200th birthday Wed., June 15th, when it comes to weather - the tropics have a tendency to dominate Jacksonville’s history. Read all about it * here * in the “Buresh Blog”... video below:

Weak low pressure continues over the far W. Caribbean near the coast of Central America. The low will bend toward the west/northwest thanks to a persistent & strong upper level high pressure over the Central & Eastern U.S. should steer any possible eventual development to the west or northwest far to the west of Fl. & likely south of the U.S. gulf coast so no impacts for the Lower 48. 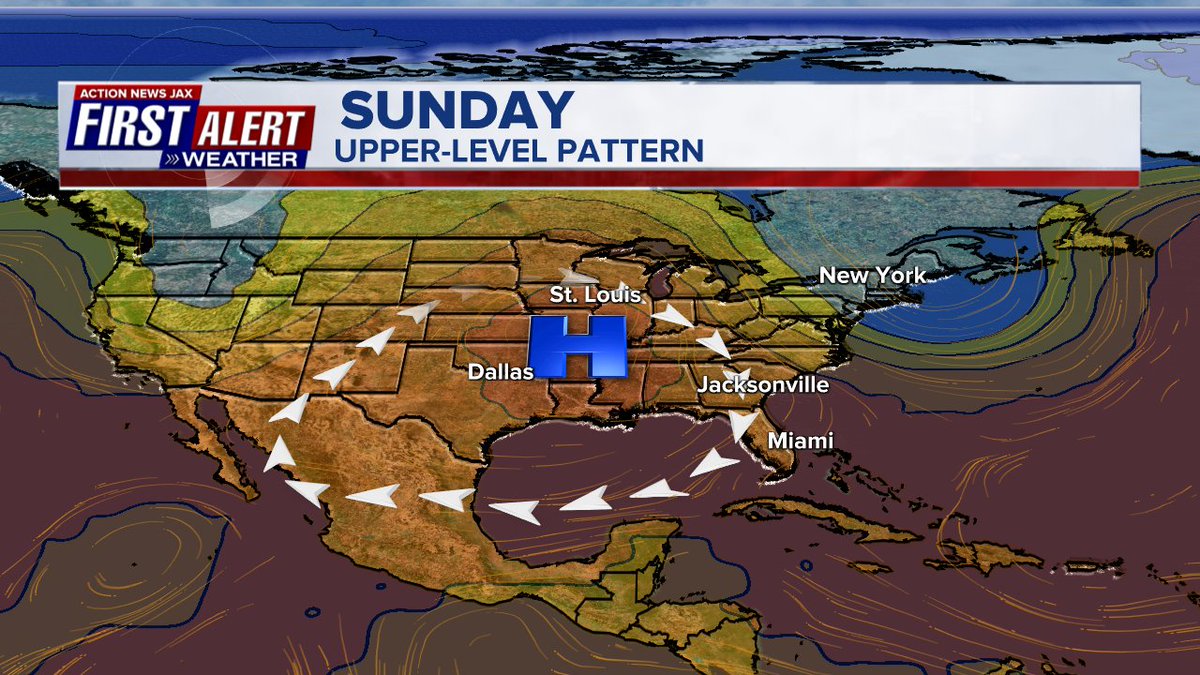 Wind shear analysis shows winds out of the west at more than 50 mph! over parts of the Southern Gulf & N. Caribbean:

The location of development of tropical systems in June since 1851 generally favors the NW Caribbean, Gulf of Mexico & far Western Atlantic:

Saharan dust is spread west each year from Africa by the prevailing winds (from east to west over the Atlantic). Dry air - yellow/orange/red/pink. Widespread dust is indicative of dry air that can impede the development of tropical cyclones. However, sometimes “wanna’ be” waves will just wait until they get to the other side of - or away from - the plume then try to develop if other conditions are favorable. In my personal opinion, way too much is made about the presence of Saharan dust & how it relates to tropical cyclones. In any case, we’ve already has a couple of dust plumes spread west to the Caribbean & Gulf with the peak of Saharan dust typically in June & July.

2022 names..... “Alex” was the first name on the Atlantic list (names are picked at random by the World Meteorological Organization... repeat every 6 years... “Bonnie” is next. Historic storms are retired [Florence & Michael in ’18... Dorian in ’19 & Laura, Eta & Iota in ‘20 & Ida in ‘21]). The WMO decided - beginning last year - that the Greek alphabet will be no longer used & instead there will be a supplemental list of names if the first list is exhausted (has only happened three times - 2005, 2020 & 2021). The naming of tropical cyclones began on a consistent basis in 1953. More on the history of naming tropical cyclones * here *.

“Blas” became a hurricane Wed. over the E. Pacific & will move W/NW away from the mainland of Central America & Mexico with weakening likely to commence soon. The system should dissipate next week over the Pacific.

Another system is developing & will strengthen while moving northward for a short time before turning to the west away from Mexico & Central America.